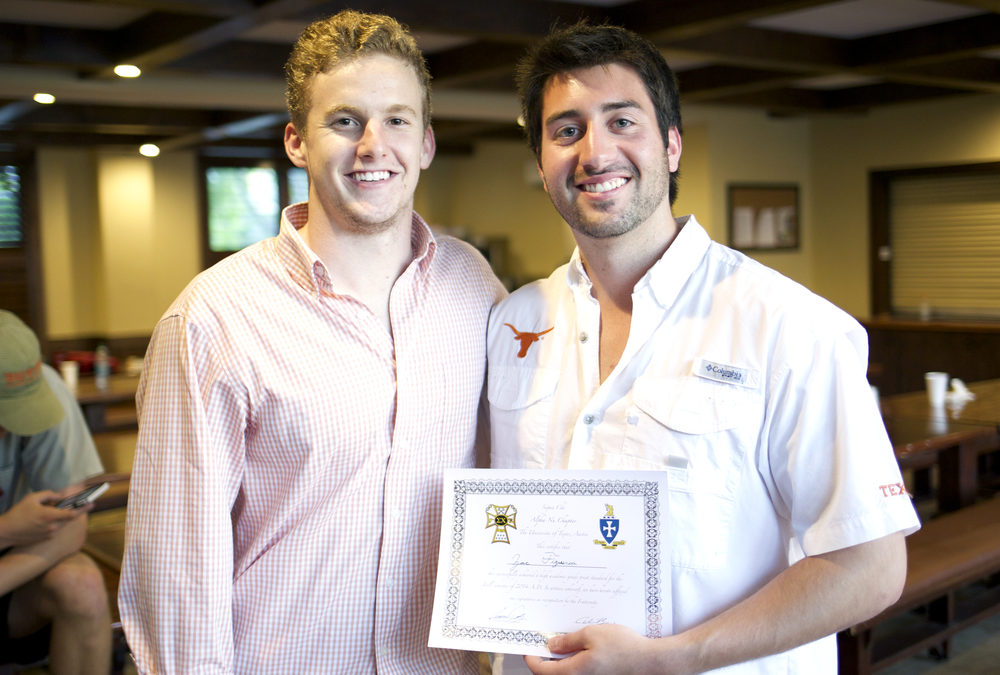 On April 30th, Alpha Nu hosted our annual Academic Achievement Night. We honored the 68 brothers who made above a 3.5 GPA in the Fall 2014 semester. The night began with remarks from Mark Bunting, an extremely successful entrepreneur who teaches at the University of Texas as an Advertising professor. Bunting told the story of his career and gave career advice, stressing the importance of persistence and doing work that you enjoy. Bunting is the father of Jeb Bunting, an Alpha Nu and part of the Nu (Fall 2013) pledge class.

Bunting spoke to the chapter about his career and gave advice on job seeking and entrepreneurship.

See below for all of the pictures from Academic Achievement Night.