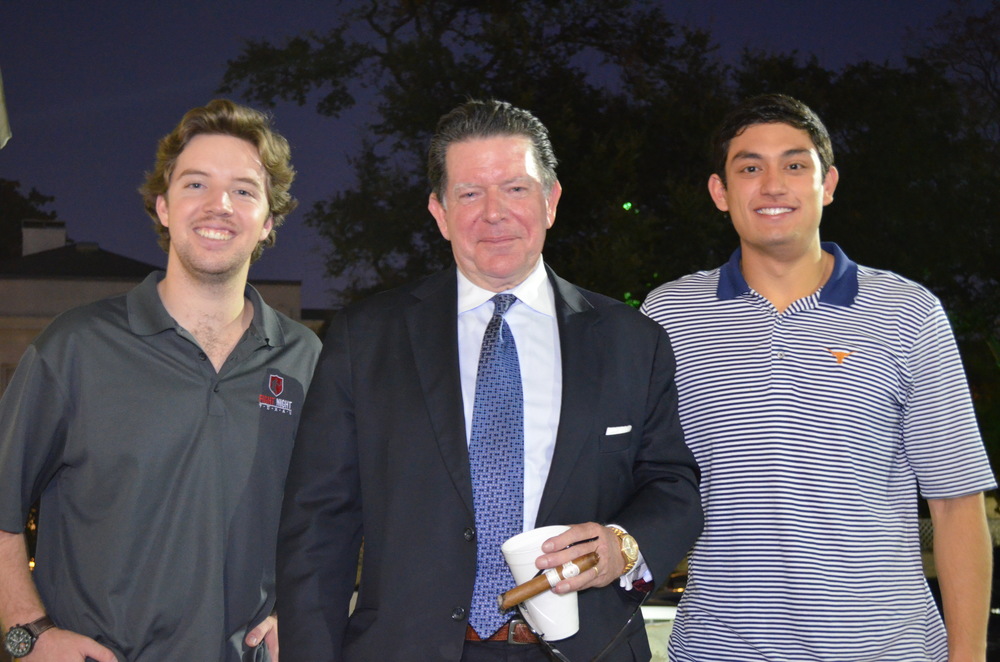 We here at Alpha Nu were lucky enough to have a distinguished alum in criminal defense lawyer Dan Cogdell, Alpha Nu 1979, come back to 2701 Nueces to speak with us about his esteemed law career and to impart a little advice on the undergrads and young alumni who gathered to hear his speech. Cogdell’s speech included a presentation full of important images from a career of criminal defense, including several magazine covers featuring a posing Cogdell with his motorcycles declaring him “Best lawyer in Texas.” Yes, we learned that Cogdell loves racing motorcycles and we learned about some of the drawbacks of his profession, but Cogdell also shared a great amount of wisdom from his career. He discussed the highs and lows of his career, which cases were the most meaningful and the advice he would give to his 20-year-old self. His words resonated loudly with the future law students in the room, as he listed several ‘wrong’ reasons to go to law school before telling us what his ‘right’ reason was: he couldn’t imagine doing anything else. Cogdell has made an incredible career doing the only thing he could imagine himself doing, and it’s easy to tell that he still brings the fire and passion he has brought with him throughout his entire career. It was a truly entertaining, enlightening and informative conversation, and we at Alpha Nu are lucky to have such acclaimed alumni who are willing to sacrifice time from their busy schedules to give a little advice to those attempting to follow in the footprints they left behind at Sigma Chi. Cogdell, who is a criminal defense lawyer, spent his speech giving truly invaluable advice and wisdom that he has learned over the years