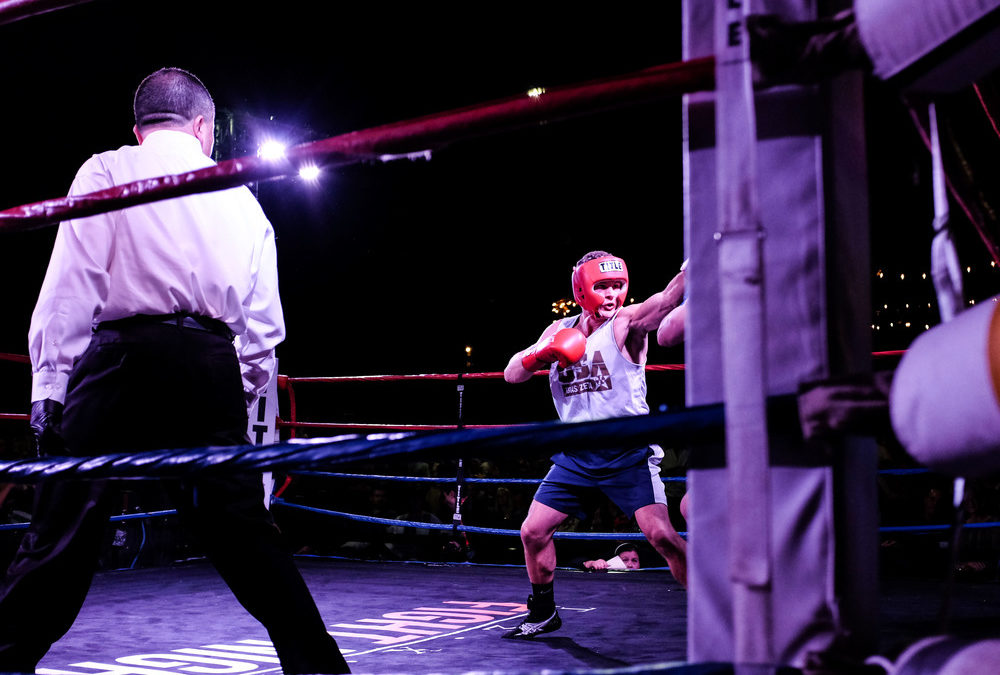 Cole Stevens, AN 2017, jabs at his opponent during one of 12 South Texas Boxing Association-sanctioned bouts. Stevens was one of four Sigma Chi’s to win their fights.

The Alpha Nu Chapter of Sigma Chi hosted the 36th Annual Fight Night on Friday, November 6th. We are pleased to announce that the 2015 Fight Night raised over $55,000 for charity. The chapter’s largest philanthropy event of the fall was attended by University of Texas students, Sigma Chi alumni, and parents. A huge thank you to all the alumni and parents that supported the event and enjoyed the night with us.

The funds from Fight Night will be distributed among the chapter’s philanthropic partners, which include the Andrew McDonough B+ Foundation, Huntsman Cancer Institute, the 100 Club of Central Texas, and the Wooldridge Elementary School Boys and Girls Club. To read more about these organizations and our involvement with them, click here.

Fight Night is a Sigma Chi tradition that has become the largest Greek philanthropy event at the University of Texas. The event consists of officially sanctioned boxing bouts, followed by a concert. This year’s performer was Juicy J.