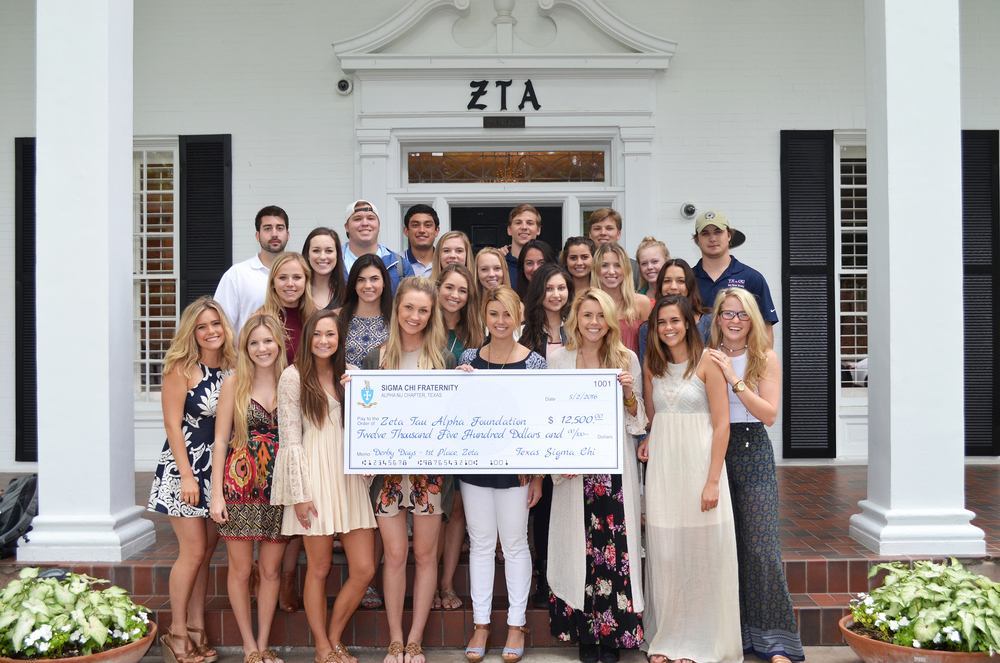 2016 Derby Days raised over $31,000 for various charities, thanks to your support! Zeta Tau Alpha won first place and received $12,500 for the Zeta Tau Alpha Foundation’s Think Pink breast cancer awareness campaign. Alpha Xi Delta got second place and received $7800 for Autism Speaks, and Chi Omega got third place and received $7000 for the Make A Wish Foundation. The remaining funds were split between Sigma Chi’s philanthropies: The Huntsman Cancer Institute and the Andrew McDonough B+ Foundation. The event, which saw major restructuring from last year, was a huge success. The event saw record participation levels from all of the sororities, and it featured major artists including Roscoe Dash and Charlie Robison. When asked about the success of the event, Derby Days Chairman Tim Davis (Alpha Nu 2017) said that he was “excited that [Derby Days] was so successful” and that he “knew from the beginning that the strength of the chapter and our support would ensure a great event”. Looking forward to next year, the chapter hopes to improve upon many of the changes that were made this year. Now that the event is behind us, the chapter has let go a collective sigh of relief as yet another Derby Days has been run smoothly and successfully.

The Zeta Tau Alpha sorority won Derby Days, and is shown here receiving their check for $12,500.