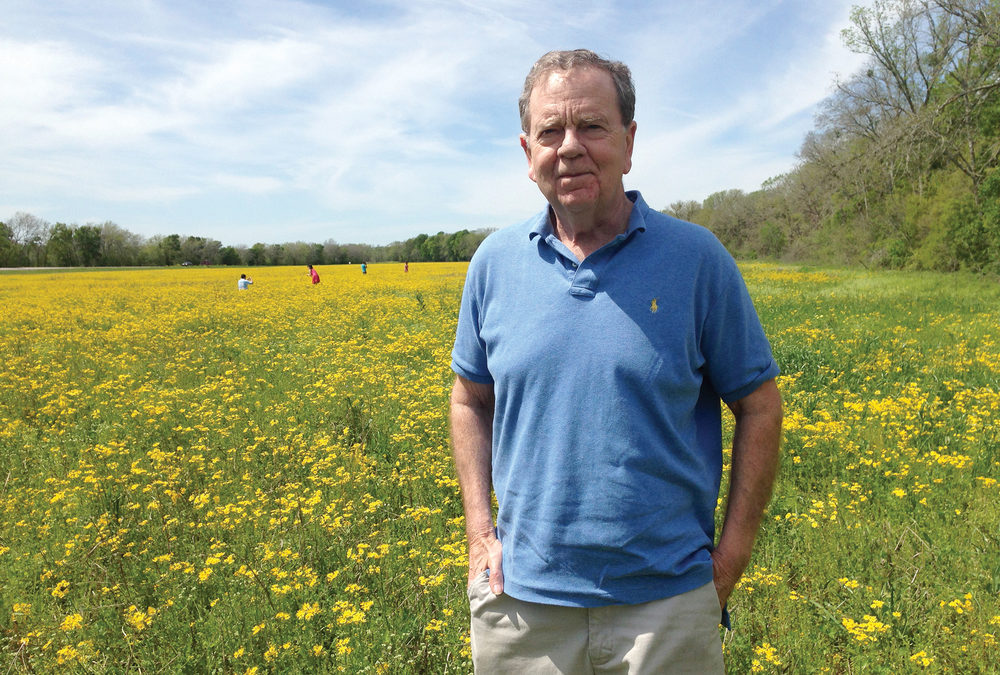 Alpha Nu mourns the loss of one of its greatest. Arlen M. Driscoll, Alpha Nu 1968, entered the Chapter Eternal on December 31, 2014, leaving behind a legacy of integrity, devotion to Sigma Chi, and true brotherhood. Alpha Nu owes him a great debt for his dedicated service to the chapter.

Entering the University of Texas in 1964, Driscoll pursued a degree in mechanical engineering and was initiated into Alpha Nu in fall of 1965. Driscoll was social and cordial. “I was drawn to him because he was a nice guy and a wonderful person,” said Driscoll’s former roommate Dr. Malone Hill, Alpha Nu 1967. “He would frequently volunteer to take on work that the chapter needed to be done and was a reliable friend and brother.” Driscoll would later look back fondly on his experience as an undergraduate Sigma Chi, especially memories of Band and Beer on Friday nights and Derby Days.

Upon graduation, Driscoll left Texas to work in Pennsylvania. He went on to earn his Masters degree in mechanical engineering before returning to his hometown to earn his law degree from the University of Houston. After working as an attorney for various firms, he started his own, the Driscoll Law Firm. Driscoll was a father of two sons and was active in the community, including working with his church, coaching his sons’ Little League teams, and serving as a Cub Scout leader.

As an alumnus, Driscoll retained the selfless devotion to the chapter he demonstrated as an undergraduate. He served on the House Corporation Board as secretary and legal advisor, always going beyond the call of duty. Driscoll was a dependable figure on the board, helping to guide the chapter through some difficult years. “There were so many times that Arlen made time to come to Austin to help the chapter and House Corp.,” said Grand Praetor Linden Welsch, Alpha Nu 1969. “Whenever a special meeting was called, Arlen was always there.”

Driscoll was diagnosed with ALS, or Lou Gehrig’s Disease, but he kept a positive outlook on life. Arlen “persevered without complaint or remorse, appropriately tapered off his work, did travel to enjoy life, and did his duty to family and fraternity to the end,” said Dr. Hill. He continued to visit Austin to attend football games, Fight Night, and tailgates. “He was so proud of the Alpha Nu Chapter and all that has been accomplished,” said his wife Judy, who accompanied him on many trips to visit the chapter. Driscoll valued the lifelong friendships he made in Sigma Chi, and he made a point to keep up with his old friends from college. “He was a good friend who would always contact me to know how I was doing,” said Mark Smith, Alpha Nu 1967, who was the third roommate of Driscoll and Hill.

Arlen Driscoll exemplified the values and ideals of Sigma Chi in his devotion to the chapter, his family, and his friends. Driscoll is remembered as a man of character and selfless service. “I am proud for him to have called me a friend and a brother,” said Dr. Hil. His name is forever inscribed on the walls of the chapter house, where he is honored with the dedication of the basketball court, dedicated to him and Jim Thompson, Alpha Nu 1970.

Arlen M. Driscoll – All Honor to His Name.

Tribune’s Note: This article was published in our semesterly alumni magazine The Longhorn Sig, the spring 2015 issue of which was recently published and mailed to alumni. If you are an Alpha Nu alumnus and would like to receive The Sig, please fill out this form.